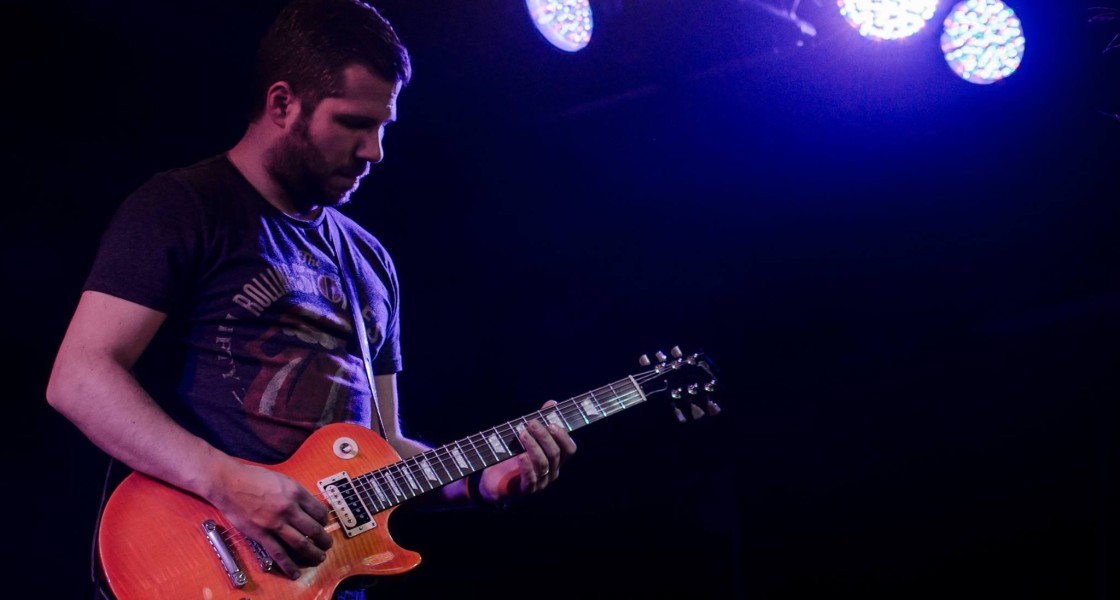 Kris Pohlmann concerts are a guarantee for explosive blues-rock. His new album “Taylor Road” – released in January 2015 – was Blues in Germany’s album of the month in February 2015. RockTimes called it “Pohlmann’s best album yet”. Having spent 7 years fronting the KRIS POHLMANN BAND, releasing 2 highly acclaimed albums, winning no less than 6 German Blues awards in the process (including ‘Best Album’, ‘Best Song’, ‘Best Singer’, ‘Best Band’) and touring extensively through Germany & Netherlands, Kris decided to disband the trio in the summer of 2013 and form a new band. Having built up an excellent reputation as one of Germany’s most exciting live bands it was a brave step but a risk worth taking. The result? A new line up, a new sound and a new album that is his most accomplished work to date.

Kris was born in England in 1977 but moved to Germany when he was 22. As a teenager his world centered on Status Quo, ZZ Top, Free & Cream. Before discovering blues it was rock music that inspired him to start playing guitar. “Taylor Road” is his homage to that period of musical discovery.Straight up blues infused rock music. Powerful guitar riffs, heavy rhythms and big solos. His club and festival gigs are renowned for being high energy, sweaty and endlessly entertaining. His 2015-16 European Tour is his biggest tour yet and includes his first ever Austrian, Swiss & UK dates.

Featuring Janosch Brenneisen on drums and Jonas Bareiter on bass.

The press say:
“Albert King, Freddie King, Jeff Healey and Rory Gallagher all rolled into one…”,
“Blues-Rock like you rarely hear and can’t get enough of”,
“A band that could well become world famous.